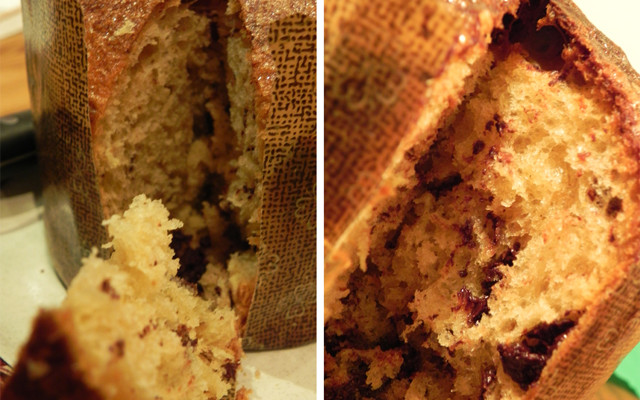 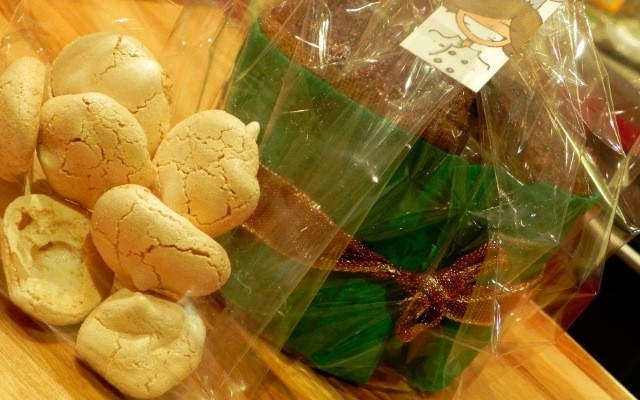 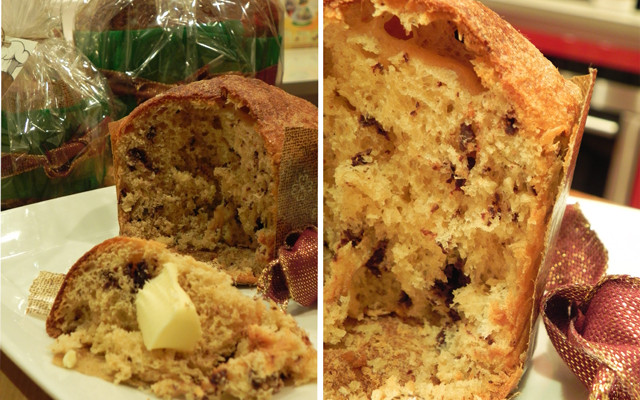 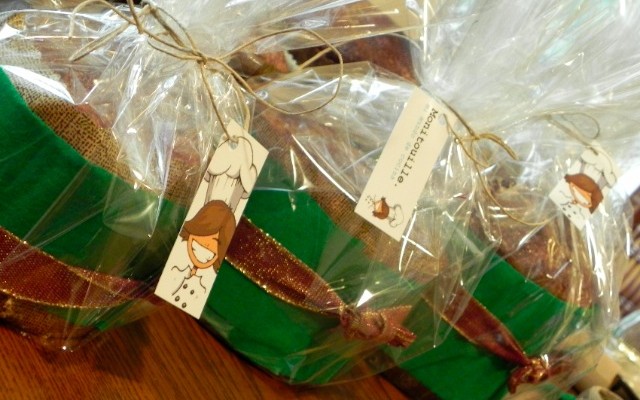 The traditional Panettone is a sweet bread from Milan, made with a sweet sourdough starter. It has flour (of course), egg yolks, butter, sugar, orange zest, vanilla, honey and dried fruits/raisins. I changed the last two for chocolate. In Perú, eeevery Christmas we have panettone for breakfast on the 25th, toasted wth some butter and hot chocolate on the side. I think it’s a world-wide tradition to have this bread on our table during Christmas season right? And since Monitouille this year is dressed for Christmas, I decided to bake 9 kgs how about that!

What a challenge! After making son many breads and being obsessed with my sourdough, this 2011 I decided to finish the year making il Panettone. Of course, with natural sweet sourdough starter, the traditional way. Not only that, but I decided to sell them (If they worked out well of course) as now I am also selling my bread each week with pâtés, cheese, marmalades and home-made things. Anyway, lots of nerves. I started Wednesday to convert a portion of my liquid 100% hydration sourdough starter into a stiff one (50% hydration). Y finished baking on Sunday, 9 kgs of panettone, which ended up being 16 panettone. They were soft, spongy, and really tasty. Of course I have some critiques of my own and would like to improve some things for next time -> January, that way, next year I’m an expert 😉 Are you ready for a fully detailed recipe???

Ok. But first, I’d like to tell you my favorite story about where this delicious sweet bread came from. There are many, this one is my favorite: It’s Christmas eve, and the 1500’s. Duke Ludovico, known also for the “Lord of Milán” is hosting a huge party. Time for dessert is coming, but turns out the cake is ruined. However, Antonio one of the dishwashers took some leftover fruits from the party and was baking a sweet bread for him and his family. The kitchen smelled so nice, the cook decided to serve his bread as dessert. The Duke liked it so much, he entered the kitchen asking for the cook that had made the dessert. …’Antonio’, ‘il pane di Toni’, and so today we know it for ‘Panettone‘.

It is very important that you manage well your time. You will be needing a 2-day early start to get your sourdough ready and ‘sweet’ (no acid).

The result was a very spongy soft crumb. Maybe next time I’ll add a bit more starter and I will feed it longer to get it more active. I feel the fact it took so long was this one. I’ll let you know!! They were really amazing and tasty. Great experience. Giving it a second one in January for sure. 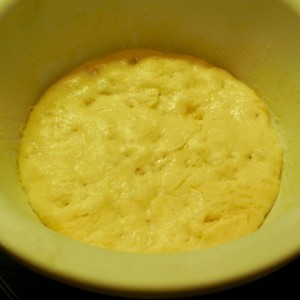 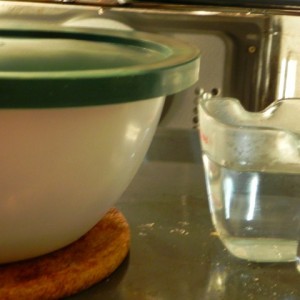 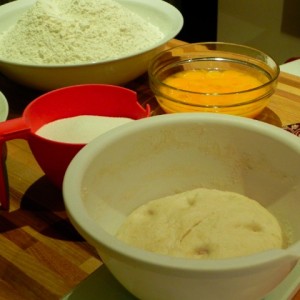 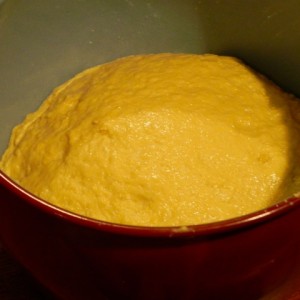 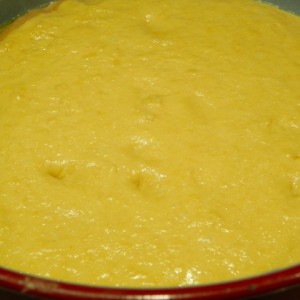 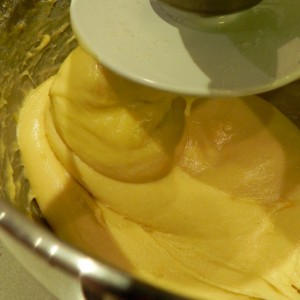 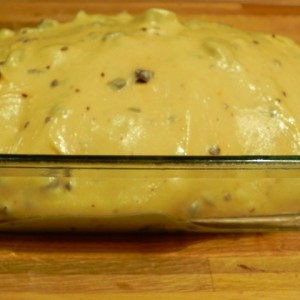 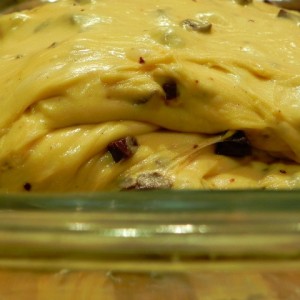 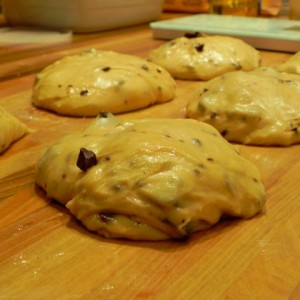 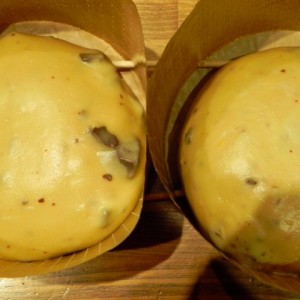 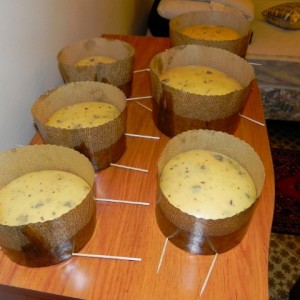 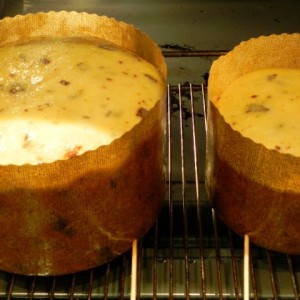 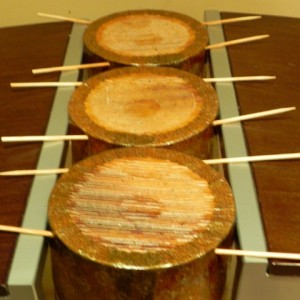 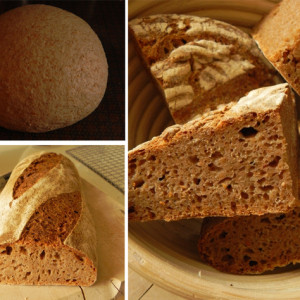 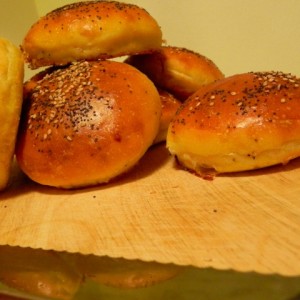 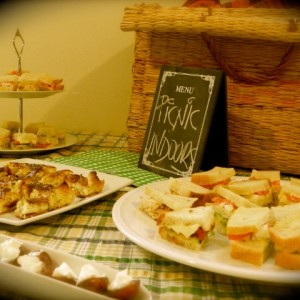 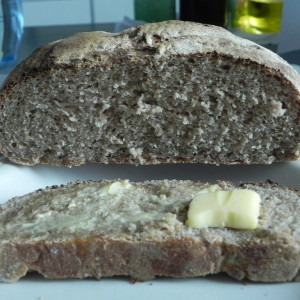 Yes! My sourdough and apple bread! 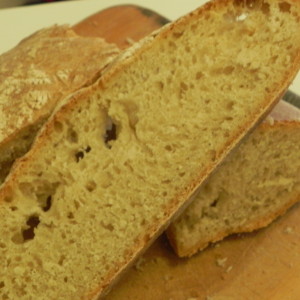 What better than a brunch to eat my...